(Edit note: I have received some feedback that this article may be perceived as negative. That was not my intention at all. Instead I mean this as a way of explaining choice in IT and why choice is good and necessary. Budgets, use cases, opinions, and past experiences drive our decision making and that is ok. So relax and rest assured that you are making valid technical decisions based on your due diligence.) 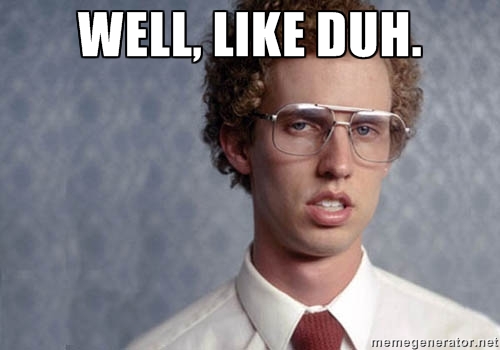 they don’t know where to begin to select a solution. I thought about responding duh depends on your workload but I stopped and thought you know maybe I am approaching this wrong.

What if picking a technology is like picking a place to eat? How many of us have been in the car with our family or significant other and the question of “Where do you want to eat?” gets asked? All of us I would assume unless you are a hermit. Then the response is invariably “I don’t know what are you in the mood for?” In cities choices abound, but if that same thing happens in the burbs or the country you may not be able to just yelp it. So you think about the options in your town, you have fast food, the same old chain spots you have been too a million times, the local joints that have good food but the same menu, maybe the new spot that always has a long wait and just ok food as they work out the kinks. So what drives you to the choice?

Well it’s a mix, pressure from your SO, or maybe your mood, or how hungry you are. Each part of that compels you to make a choice, but over time if you were to analyze you probably go to the same handful of places more than anywhere else, because you get consistent quality and service. That’s why those chains and local joints are able to stay in business, and why fast food hasn’t died off, it’s also why the food service industry has one of the highest rates of failures for new owners.

What does any of this have to do with tech? Well the same way you make choices for what to eat is how you make decisions on what vendor to buy with and what tech to procure. Psychology is funny don’t you think? Most vendors also know this; brand loyalty increases customer’s willingness to buy. Just check out this study on brand loyalty effectiveness.

So for all of my bellyaching about workloads and how they drive the right choice, and for everyone’s imagination running rampant about which vendors to buy and who will be around in the next 5-10 yrs. to support it. I would postulate that the old adage that no one ever got fired for buying EMC, Cisco, or VMware is still very much true. EMC has a vast portfolio, and while I openly admit that not every part of it is as sexy as competition at least you know what you are getting.

That’s the worst sales pitch ever, but if you live in the country and only have a few choices of where to eat this makes a lot more sense. Try to tell your wife date night is at a bad restaurant and tell me I am wrong. In the end picking storage with workloads in mind and data protection requirements is still a key ingredient to success, just like agreeing with your SO on where to go for dinner

Unless you have been living under a rock you have probably heard about EMC’s Hyper-converged platform announcement that occurred at VMware PEX. I failed to have a post ready to go out the day of announcement for a couple reasons. First I wanted to get some more info, while the team I am on at EMC has received several behind the scenes briefings and I have provided NDA briefs to partners, there are always changes between “projects” and “GA Products”. Before we get to the technical details a couple quick business points, VSPEX Blue will only be sold through EMC Channel partners and not through EMC direct. EMC is leveraging our distributors to configure and quote pricing to partners for the end user sales. This means that I am not privy to, nor will I be discussing pricing in this blog post. With that out of the way let’s get to the meat of this.

I previously posted about Project Mystic, which was the code name for VSPEX Blue. The solution is based off of VMware’s EVO:Rail platform and leverages EMC whitebox nodes that are the same being used in our Elastic Cloud Storage (ECS) box.

END_OF_DOCUMENT_TOKEN_TO_BE_REPLACED

If you have spent any time with military pilots you have inevitably heard them debate turbo prop vs. jet engines. Sometimes to the point where you have to throw a beer at their heads. If you haven’t heard of this it can be funny the first 5 times but you can imagine it gets old.

But it got me thinking jets and props have specific use cases, jets are fast, very maneuverable but not very efficient, where as props allow for greater mass movement and are reliable. Or so the two sides say I am not an aeronautical engineer. Similarly IT organizations looking at private and public clouds are faced with a decision. Do they use what they know and has worked for them their on-premises datacenter and IT team (TurboProps) or do they leverage the capability of a hosted cloud provider (Jet engines).

Invariably during the conversation with the military aviators, I bring up the C-130 Hercules. It’s one of my favorite airframes since it has been in service for next to forever. But my favorite part of it is, growing up as a Navy brat I went to a lot of airshows. The Blue Angels were my favorite act and I have tons of memorabilia including signed posters. The Blue Angels fly around with a C-130 nicknamed Fat Albert. Fat Albert is for logistical support and carries show gear etc, but it also is part of the show. The coolest part if you ask me. What it does is it demonstrates a C-130 tactical short runway take off. Here is a pic.

Notice something? Yeah the flames coming out of the aft of the plane those are jets that help provide lift. This is where things get interesting because that C-130 is pretty widely respected as a beast and it uses both props and jets when the use case requires it.

I know I am a sonofbitch for what I just did but the light hopefully clicks this is where a hybrid cloud approach makes sense. If not my thinly veiled story of military aviation was at least entertaining.

The industry understands it, Amazon has made announcements around their hybrid cloud strategy, VMware has been talking hybrid cloud for years, and EMC has the Enterprise Hybrid Cloud (EHC) offering that I as an EMC vSpecialist talk about so much that I have to change the slide deck weekly to keep it interesting for the non-technical people in the room who have heard it a million times.

Garner has been talking about Bi-modal IT lately the point of their buzz word is less about the IT transformation which, if you are in Simon Wardley’s camp is more of a tri-modal approach, and more about the CIO\CTO level realization that traditional internal IT approaches are failing the business needs. It’s evolve or die time and if the industry doesn’t start rocking towards a bi or tri modal approach than they will be left for the carrion.

I don’t believe in scare tactics I swear I don’t, I think fear can be a motivator but it’s not for me to make someone scared of situation or impending event. Instead though I see this as an opportunity to embrace the change. I think the time to do so is running out. We are closer today to the end of silo’d traditional IT stacks than we are to it’s beginning. Scaling approaches and abstraction technologies are already evolving beyond where we were. This is a cyclical event like all things in IT, but this time the distributed to converged model is going to be done in the cloud. Hybridity is the first step to public hosted acceptance. Once we get there workloads won’t be coming back, once the cost models are fully fleshed out and applications are Platform 3 micro-services and not platform 2. This is going to happen, it’s happening now. The argument of we are not Netflix isn’t going to fly when you need Netflix like flexibility and agility to meet business needs. You may not need to run Chaos Monkey but you can not rest on your laurels and expect to be ahead in 6 months to a year.

The business you are in won’t matter either, the argument of we have workloads that will never go to the cloud is only true until they do move to the cloud. We used to say we weren’t moving apps to x86 or to virtual platforms until we did. Accept and embrace the change, change is life, stagnant water kills you with bacteria, flowing water is more potable.

Whether you are ready to rock a jet or are in a sports class Cessna and eyeing the gulfstream, look at Hybrid Cloud as a viable path to get that next airframe certification.

Just as a fun side note I did a little bit of digging and found that the Navy’s first jet was also a hybrid with a prop on the front. Here is the really cool history.